A celeb chef’s New Oakland restaurant is not simply concerning the meals. It is about revolution.

It’s been a little over a year since Oakland CEO Rashad Armstead won the Food Network competition show Chopped. One might think that returning home with a high profile victory would open all possible doors from financial support to other forms of support.

That wasn’t the case, Armstead told Eater SF. Instead of trying to start his own business, he financed himself an operation that will make sure other black chefs don’t face the struggles he’s been handling. His new restaurant and pop-up center called Black Food Collective opened in East Oakland last week.

“I would talk to a bank and say, ‘Here’s my concept, here’s my social media, here’s my business plan … and they’d turn me down and go with another chef,” says Armstead. “The only difference is the color of our skin. ”

By the end of 2019, funding problems had led to the closure of its two restaurants: a month-old southern place called Grammie’s, which closed after serious electrical problems in its building, and its Richmond BBQ area called Crave were also closed.

In addition, Armstead was divorced. By the end of the year, “I had lost everything,” he said. “It is only thanks to the therapy that I am speaking to you here today.” He took a moment to regroup, then developed an organization called the Black Food Collective, a group of black chefs and aspiring restaurateurs who otherwise might not stand a chance.

Armstead says his intent is to combat the so-called crab-in-a-barrel mentality that has been passed down from generation to generation of black Americans since the days of slavery. “It’s the idea that there isn’t enough success for me and you,” he says, “and it has always been used to divide us as blacks.” Armstead, like many historians, connects this attitude with Willie Lynch (a slave owner from the West Indies whose last name testified to the hideous practice), who wrote this in his letter “The Making of a Slave” (Tw: brutality, racism, racist insults) Der easiest way to convince enslaved people to stay enslaved was to split them. 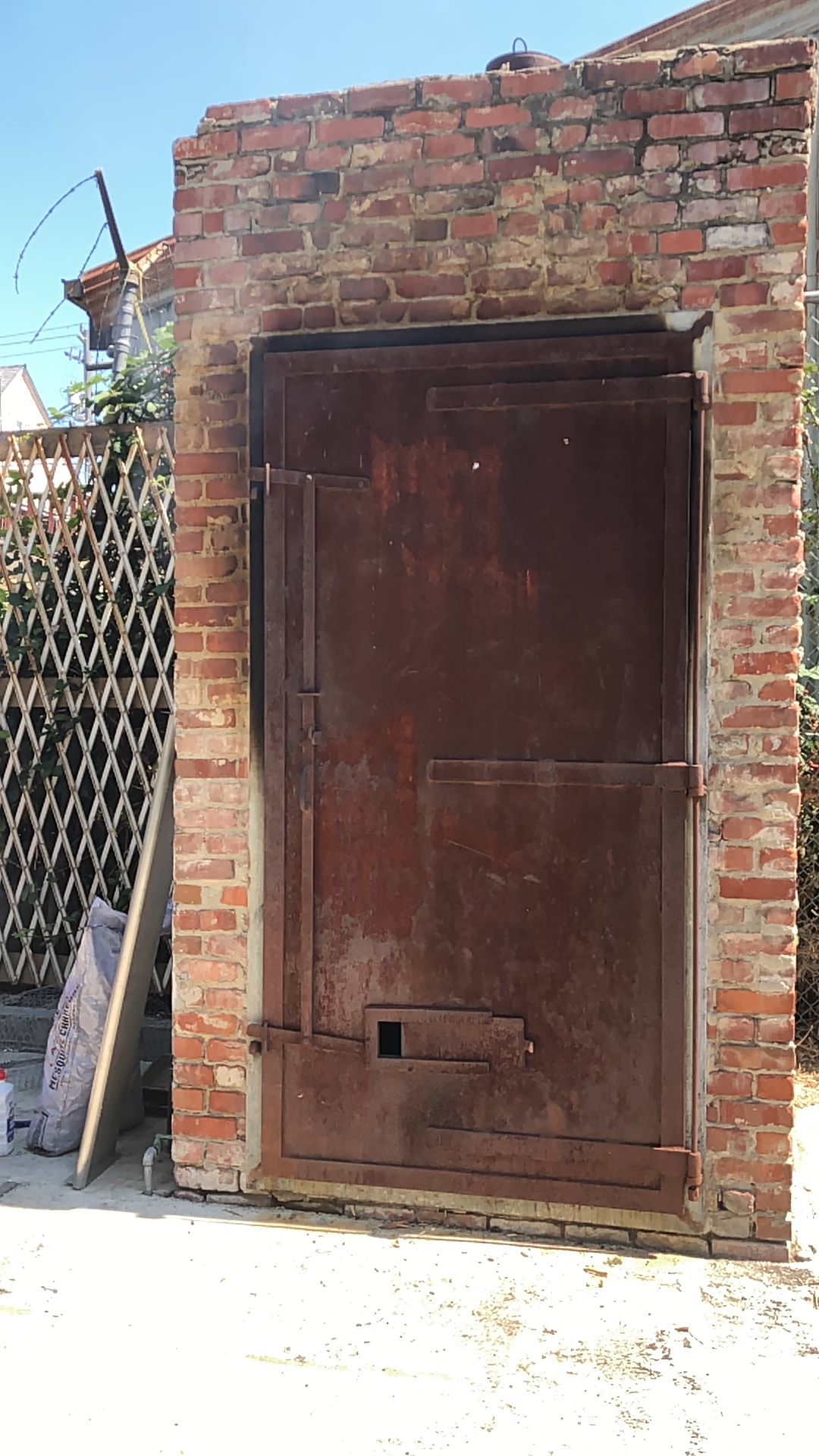 The smoker in the backyard of the Black Food CollectiveEve Batey

“They want you to fight each other so you don’t fight them,” says Armstead. The Black Food Collective is his way of countering this narrative. “I’m proving to the model that working together makes us stronger,” he says. “And in the process, I’m making a place where it’s okay to be black.”

This is not always the case in kitchens in the Bay Area and beyond. “Some of the things I’ve heard people say …” says Armstead, shaking his head. “I never want people out there,” he says, pointing to the kitchen, where several of the collective’s chefs prepare dishes like jerk chicken, fried plantains and boiled vegetables, “to ever smile and endure our parents done it. “

Because of this, Armstead moved his pandemic-drained money (“my catering business so dried up when the tech companies sent everyone home,” he says in a now-common Bay Area refrain) to a tiny orange shop in 1430 23rd Avenue tucked into Oakland. Although the spot is modest on the outside, inside it hums like a NASA during a launch. Socially distant chefs occupy opposite ends of the prep tables, performing a well-choreographed dance between deep fryers and ovens to prepare their wares for pre-orders. 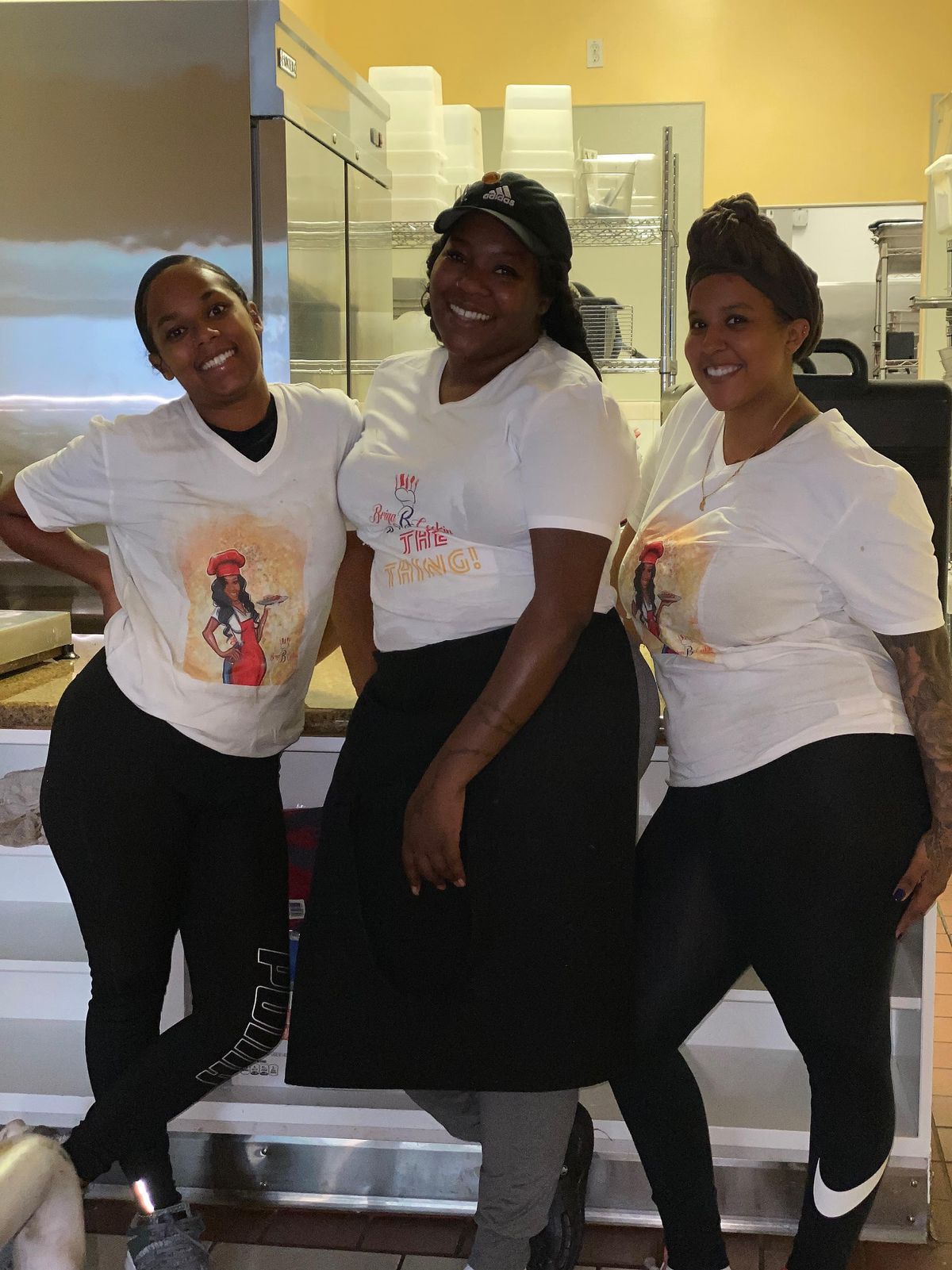 The Briya Be Cookin ‘TeamRashad Armstead

Further back is office and storage space, then more through the back door: a huge walk-in room with grapevines, a shipping container for even more storage, and a 1930s meat smoker that Armstead says will get up and run when he does has a moment to catch his breath. After all, the back yard could even serve as an outdoor dining area for events, he says. When the sun is shining and an apple wood smoker gives off an amazing smell, nothing sounds more appealing.

The spot opened for take-out last week, with a list that included Armstead’s Crave BBQ; Afro-Caribbean caterer Mi Granny’s Kitchen owned by a woman; The vegan taco shop Vaco’s Tacos and Briya Be Cookin ‘, a Creole cook who serves seafood to cook with and gumbos. Orders were placed via a QR payment app called Cheqout: guests scan the code either from the sandwich plate outside or via social media, place an order and receive a text when their food is ready to be picked up.

The same procedure will be followed next week, Armstead says, when another group of food companies will be on deck. And so on and so on, he hopes, until the number of chefs in the Black Food Collective can no longer be ignored and “the world will see that not all of us are fighting each other”.

Follow the Black Food Collective on Instagram for weekly hours and participants. Take away is possible on open days via CheqOut.