If you haven’t tried Pan-African soul food, upscale chefs Solomon Johnson and Michael Woods of The Bussdown in Oakland, California are here to change that.

“Bussdown is a pan-African soul food concept that is inspired by the foods Mike and I grew up with,” explains Chef Johnson, who also comes from Chef Swoop. “It’s inspired by food that we love when we travel at home and abroad. It is inspired by our ancestors and the sacrifices they made to make our lives better. “

Chef Johnson, who is also a private chef, caterer, and kitchen consultant, and Chef Woods, who has been in the culinary industry for over 10 years, met by chance in 2017 while working at high-end catering firm Paula Le Duc .

The two were introduced by Daniel Capra, Chef Du Cuisine at Paula Le Duc. He insisted they meet outside of the kitchen because he believed they had similar interests in the Bay Area food scene, according to Chef Johnson. 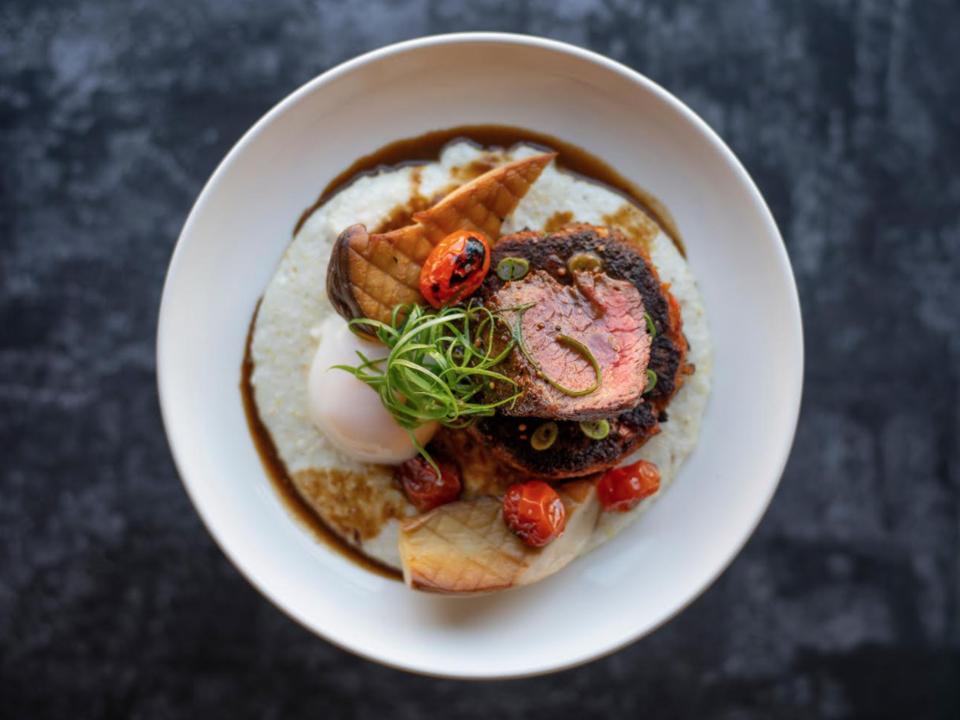 Prior to joining forces, Chef Johnson ran full-time Omni World Kitchen LLC, a private catering concept that focuses on the “ubiquity” of food around the world. Meanwhile, Chef Woods was working as Chef De Cuisine at the Tribune Tavern, where Chef Johnson also worked for lunch.

“I had just ruled out a huge job offer as Sou Chef at Sobre Mesa, a new Afro-Latino cocktail lounge that worked under Chef Nelson German and a pandemic hit maybe a week later. Mike and I had already talked about property before the pandemic, ”says Chief Johnson. “But not necessarily together. We didn’t know what was coming next as there was a lack of jobs and the pandemic was unsafe. It almost forced us to make the decision to do business together. “ 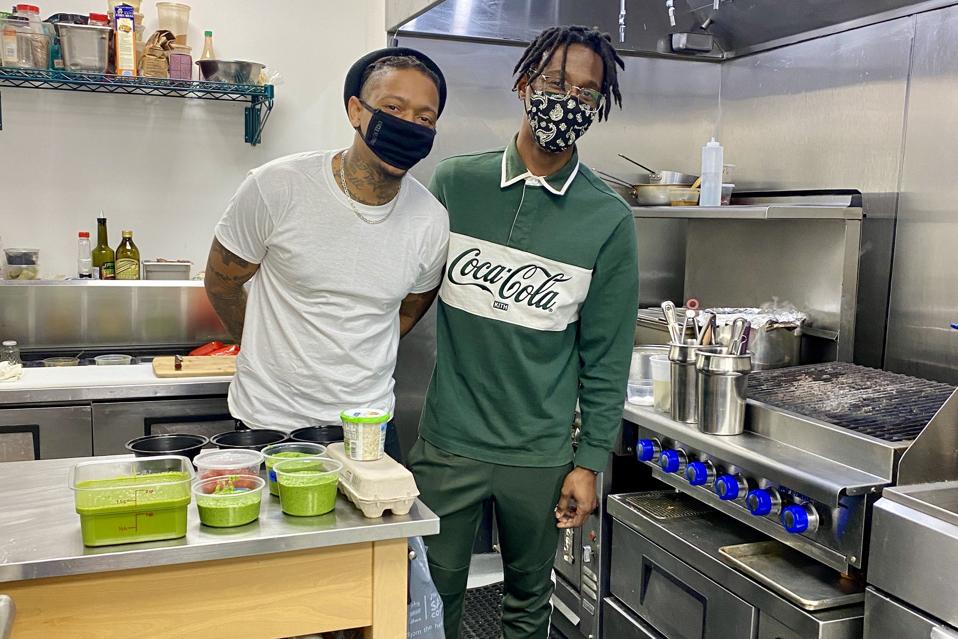 Although both chefs understood that opening a restaurant would be risky, especially during a pandemic, they decided to take the plunge right away. After Chef Woods’ successful stint at Sobre Mesa, who was only on the road for a month, they were confident that with their talent and fine dining background, they could “recreate it themselves if we have the right seat,” recalls Chef Johnson. “Chef German insisted that we both step on the plate and grab a cloud kitchen to try and run before the indoor food reopens.”

Although their current way of serving high quality cuisine is a little unconventional, they are crushing them with what they have. The Bussdown team cooks from a small kitchen in a huge cloud kitchen shared by over 30 different restaurants. It’s “tiny but powerful,” says Chief Johnson of the two-man operation.

The Cloud Kitchen is called Oakland Food Hall (formerly Jingletown Eats) and is just a take-away place. The chef duo has little space to work and takes great care to only cook with the freshest ingredients, using ingredients from the ground up – whether it’s sauces for the chicken broth. They even cut up their own birds. 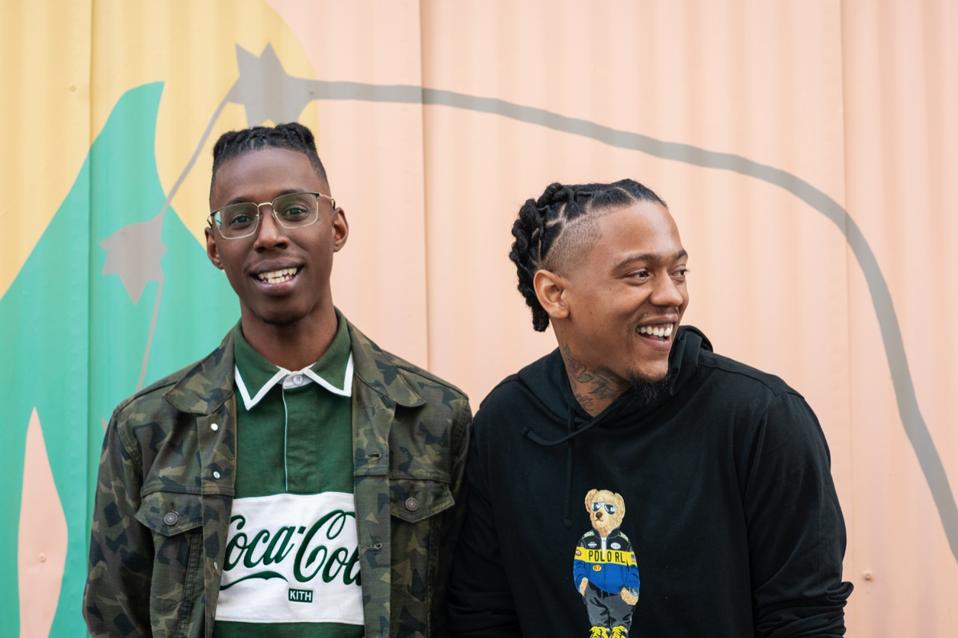 “Staffing the cloud kitchen facility has its challenges,” continues Chef Johnson. “Although our food has a fine dining flair, our execution is not affected by the use of to-go boxes. If we adjust to the fast pace of cloud kitchen setup, I can honestly say that working here makes Mike and me better cooks because we have to keep up with time management, multitasking and attention to detail. Our space is small, so we need to get better every day to make the work go smoothly.

There is no trade-off for these dedicated, entrepreneurial chefs who recognize that while other restaurants take short cuts in terms of the quality and freshness of their food, this is not what they set out to do.

“Mike and I are committed to making our staples from scratch. The physical strain is high. We only start on Sundays. But we’re opening late Monday to compensate for the work and preparation required to successfully shut down production, explains boss Johnson. “Mike and I would rather sleep in the car in the parking lot than open a can of beans and serve them to our community, which is labeled” fresh food. “

They do all the cooking and some of the advertising. However, we quickly discover that the majority of her social media presence has been shaped by her “outstanding social media and PR strategist Ileana Ponce, who has worked with us since day one”. 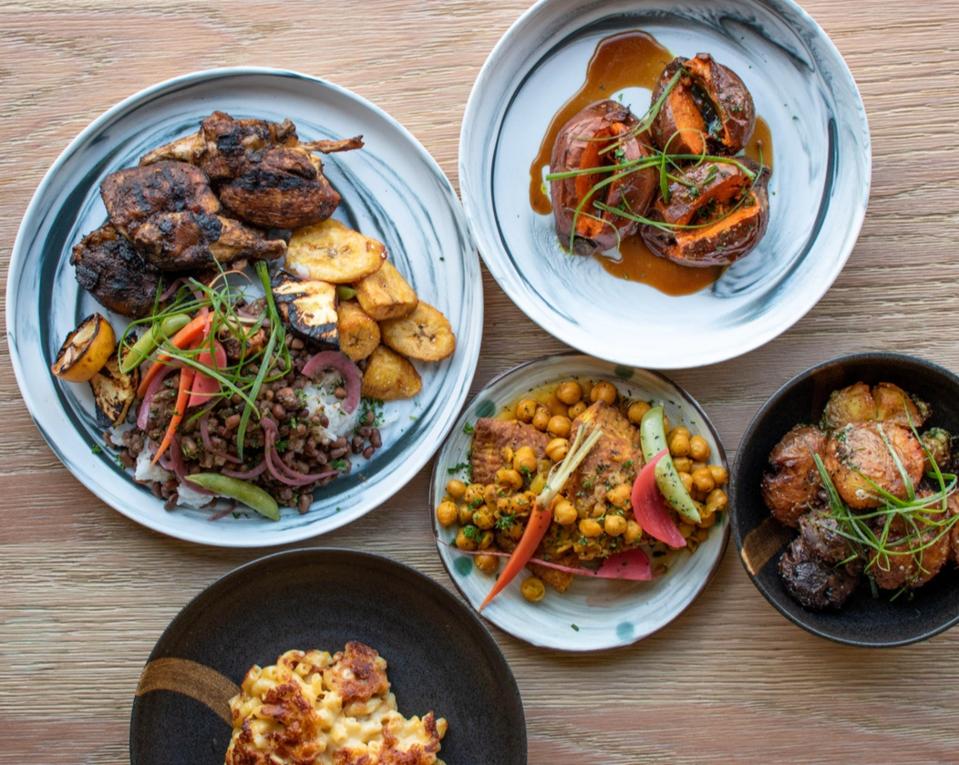 Some of The Bussdown’s signature dishes.

“Both Mike and I have committed ourselves to a very high standard of quality in terms of food quality and presentation,” says Chef Johnson. “That was the key factor in our decision to open a restaurant together. I trust Mike’s judgment. We take both good and bad feedback from each other. positive. That’s so rare in a kitchen and that’s why I really believe our business model is so successful. “

The Bussdown was received with open arms by the community and the press. They were quickly recognized as a “Must-Try New Restaurant” by the San Francisco Chronicle and have enjoyed increasing popularity ever since.

“Much of our growth depends on interacting with our customers and letting them know where we are,” he continues. “The facility is new and some people still don’t really understand that we don’t have the physical brick and mortar yet. All in all, our transition to the Oakland food scene went smoothly. Mike and I both have good reputations and a strong following. We have become a destination restaurant attracting people from Napa Valley and Santa Cruz. “

Your bestsellers at the moment? The main courses Jerk Yard Bird and Adobo Pork Bussdown. “Our jerk yard begins as whole cage-free organic birds that we break down in the house. We season and marinate them for 24 hours in a special blend of spices that I created with Trent Blodgett, owner of SPICE TRIBE SF, ”says Chef Johnson. “It’s then grilled to perfection and braised in homemade chicken broth and more of the custom seasoning blend until the bone is tender.” 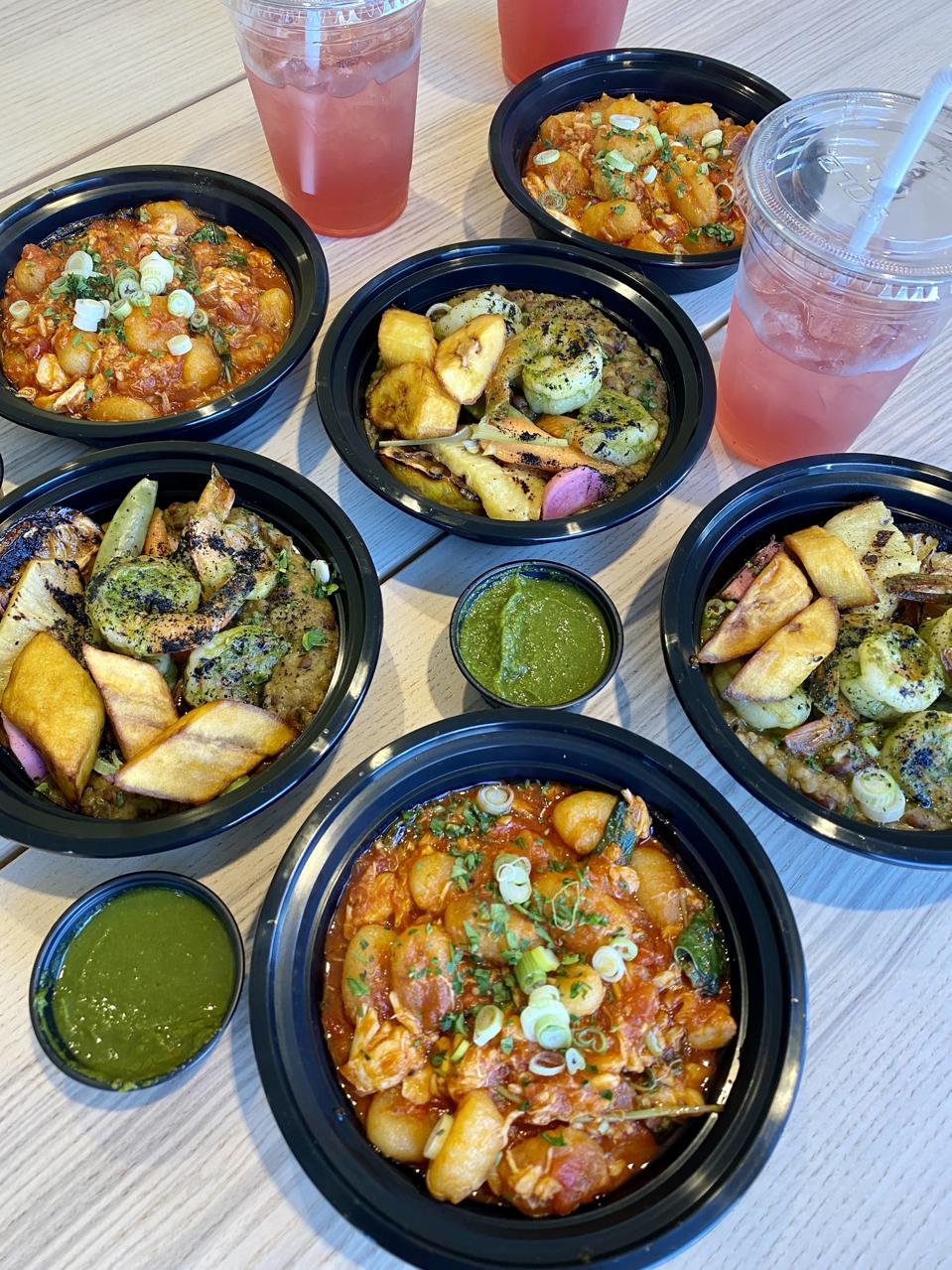 A selection of pan-African soul food.

“Our Adobo pork is a whole bone in the pork shoulder that we braised for eight hours with charred pineapple peel and local citrus fruits. It’s hard to say which is better, so we’ve made it easy for anyone to order both by getting a two- or three-protein main course. ”

Also popular are the smoked Sofrito seafood with shrimp, which is coated with a charred vegetable sofrito and contains a mixture of red peas and Carolina Gold rice. Fried plantains, charred citrus fruits, grilled fruits, house cucumber and two spices, a jerk BBQ sauce and Kijani Kibichi, a light green sauce with a strong taste.

“Our food is rich in history, tradition and taste,” explain the chefs. “We want our dinner to not only feature unique seasonal food products, but we want to let our guests know what they are eating and why it is so important to source locally and seasonally. It is not enough for us to feed the community. We want to teach them too. “

Bussdown is open Monday through Saturday from 2pm to 10pm and can be picked up at the Oakland Food Hall or delivered via UberEats, ChowNow, Grubhub and Doordash.