When Chef Nelson German opened Sobre Mesa on March 5, 2020, it was the culmination of a dream – and an expression of everything he has learned since opening his first restaurant, the popular fish restaurant AlaMar. “On that first night,” German says to Eater SF, “everything went right. Nothing was a shit show. “For a week, Afro-Latino-oriented cocktails, cheese empanadas and bacalao donuts flowed from the busy kitchen, waiting to grab a table that was set for three hours. “Everyone wanted to be here,” says German, including Oakland city officials and local celebrities like NBA writer Marc Spears and rapper activist Mistah FAB

Nine days later, the lavishly designed dining room was empty. Restaurants in the Bay Area, including Oakland, were closed at the start of the coronavirus crisis. It was a whiplash-causing moment, says German, of walking from wall to wall and making “full reservations” one day to complete the shutdown the next. But at the time, Deutsch (like most of us) thought this “could take a few weeks, maybe a few months”. Instead, Sobre Mesa is ready to finally reopen to customers on March 4th, 2021 and will celebrate its first business anniversary with a “big, big reopening” on Friday, March 5th. It is a one-year restaurant that will only be there for 12 days, serving customers, torn Infinity Stone from existence – and brought it back to life.

Obviously some things will be different this time around. The days when visitors rushed from wall to wall for a rummy drink are of course over, and “we will control a lot more crowds,” says German. When Sobre Mesa reopens on Wednesday, the heated outdoor seating area can only be reserved through Resy. The same is true if Alameda County allows indoor dining, which is what German hopes will be for the coming weeks. From mid-March, the restaurant will also offer take-away and delivery of its menu.

Sobre Mesa will be reopening its outdoor restaurant first, with seating and a parklet trying to be its outdoor tropical interior design. Kristen Loken

But much more of Sobre Mesa will remain, especially the elements that made it so popular during its first short run. “We’re getting the same enthusiasm again,” says German about the interest in the spot. Part of that interest, he says, was fueled by news that he will be a competitor on season 18 of the reality cooking show Top Chef, which finished filming late last year. At that point, “I came home and got to work because I knew everything was coming,” says German. The Portland season begins on April 1st. At this point, German expects the enthusiasm to intensify. 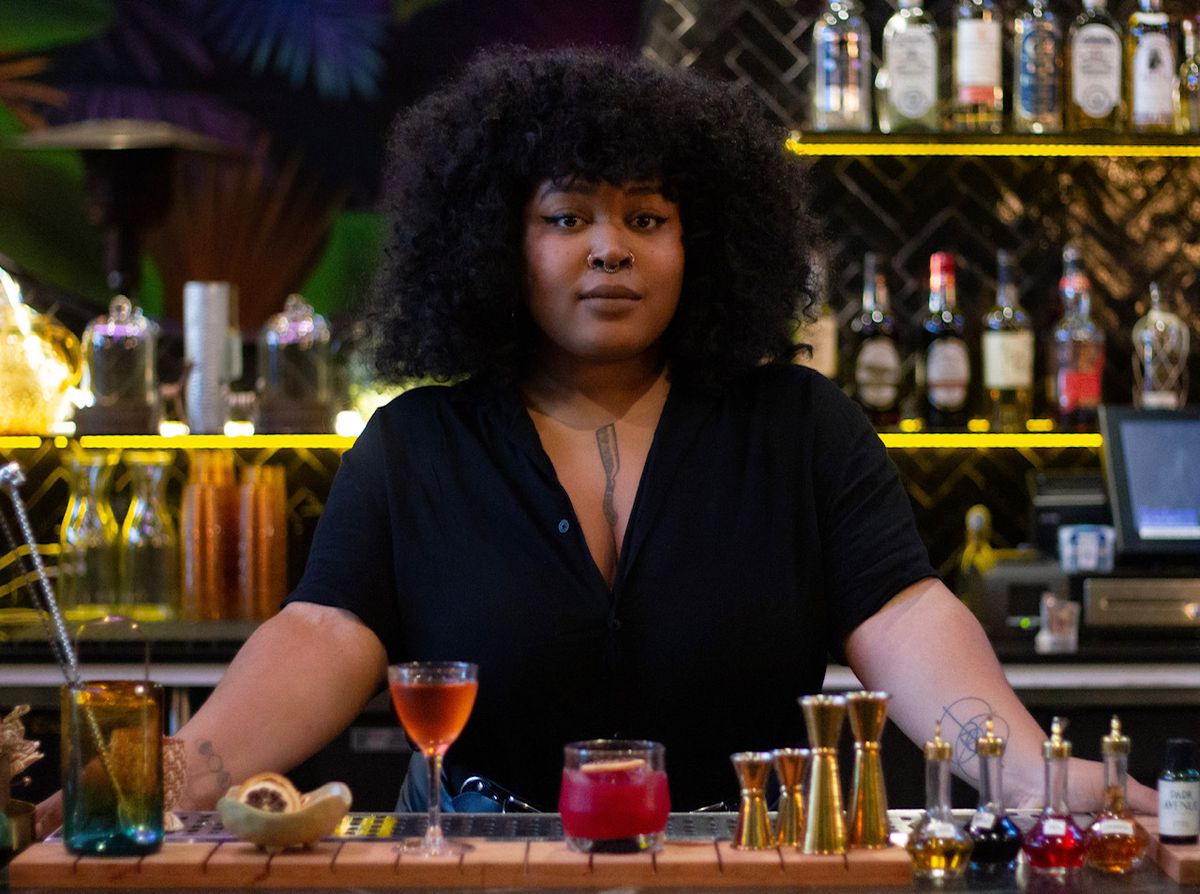 Other aspects of the restaurant, such as the focus on “presenting our diaspora” (German is Dominican and Afro-American ancestry) also persist, says Deutsch, including a menu of dishes like trout roe-laden mussels escabeche, a philanthropic stuffed roasted plantain and these Empanadas. Sunday brunch includes super-hearty salt fish chilaquiles and a stack of red velvet pancakes, which are popular in the sister restaurant AlaMar.

Bar manager Sadé Stamps runs the bar with a view to small-scale spirits and has put some new cocktails on the menu in this round, such as Nina’s magic (cognac, peach liqueur, ginger, lime, yuzu and Angostura). A drink she first created for Oakland Cocktail Week, where German and Stamps met. (The full evening and cocktail menu can be found below.) 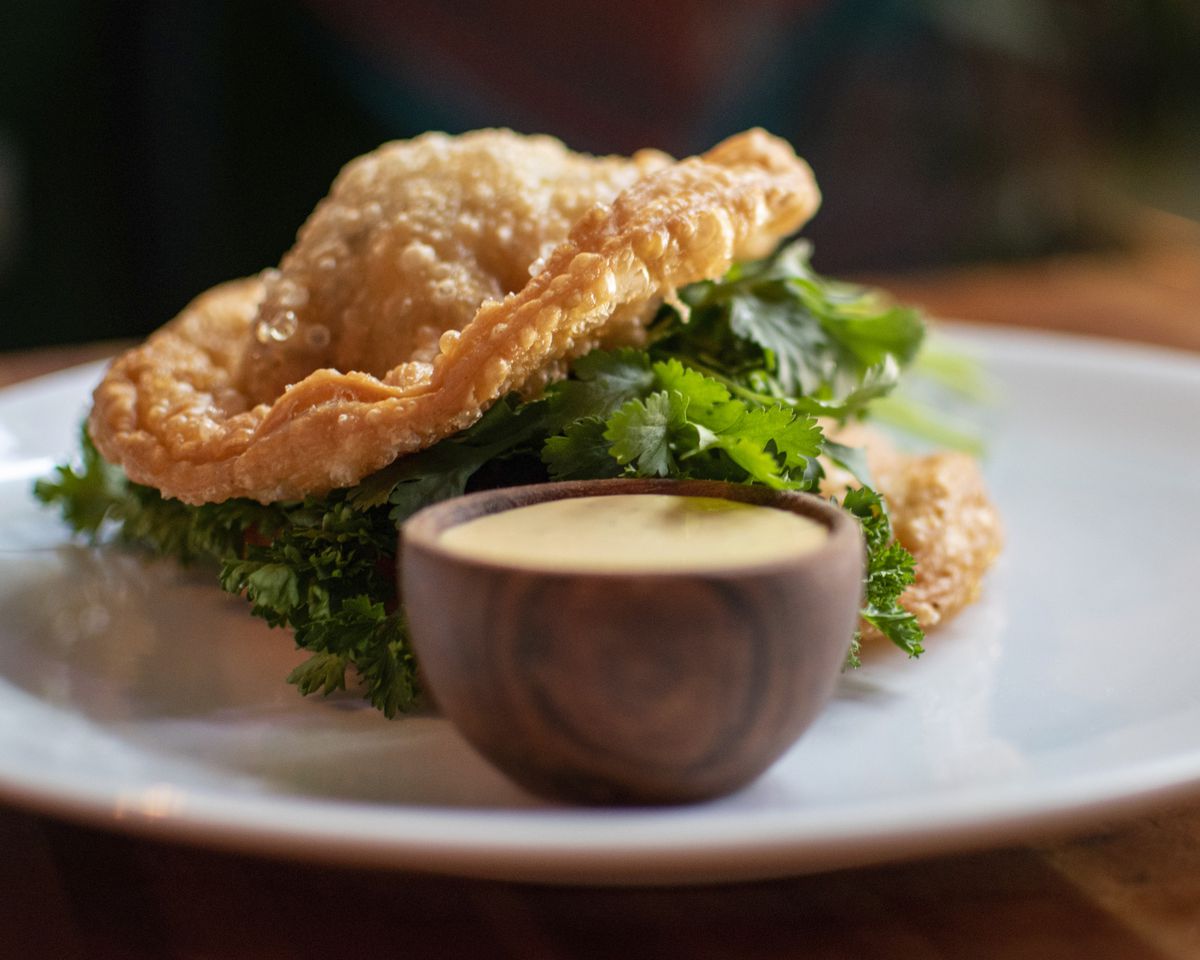 According to German, the changes brought about by the pandemic will allow them to “really improve the service”, which he believes is more necessary in these stressful times. “I want everyone who comes here to feel like part of my family. They come into my house and escape all the madness,” says German.

“Knowing that I can do it makes me even more excited than when we opened a year ago.”

Sobre Mesa opens Wednesday March 3rd and is open Thursday 5pm to 10pm, Friday and Saturday 5pm to midnight. Sunday brunch is from 12 p.m. to 7 p.m. Seats are currently only reservable and can be reserved up to 30 days in advance through Resy.